just a few of our happy Clients 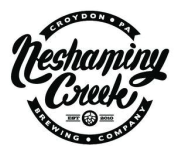 Headed up by Jeremy Myers, a graduate of Penn State and the Siebel Institute,  Neshaminy Creek Brewing Company continues to thrive and has much more in store for you.  They're the Winners of the "Best of Philly Award" in 2015 and 2016, Keep your eyes peeled as they continue to grow and pump out extraordinary beers. 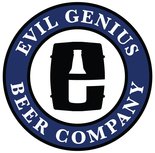 In 2008,  founders Luke Bowen and Trevor Hayward met in an accounting class at Villanova University. Realizing that their job prospects were grim due to the recession, they decided to follow their passion and start their own brewery.

Their journey took them first to South Bend, Indiana, then to Cooperstown, New York, and finally to Hartford, Connecticut. This exhaustive search landed them a partner who cared as much about craft beer as Luke and Trevor. Today the amazing team at Thomas Hooker Brewing Company works with our founders to craft the highest quality beers possible.

The next step for Evil Genius is to build their own brewery. Right now, Luke and Trevor are searching for locations around Philadelphia.

Having decided they had something to contribute to the very exciting conversation going on in craft brewing, cousins Chris and Augie Carton teamed up with their favorite home brewer and started Carton Brewing. In the seashore community where they were born and raised, the Carton boys found a turn-of-the-century red brick warehouse and adapted it to accommodate a state-of-the-art Newlands Systems 15 barrel brew house. With talent at its helm, 6 E. Washington Avenue was turned into an independent craft brewery and their hats were in the ring.  Applying a passion for stimulating flavor to inspiration found all around them, they set about their goal: to make tasty beer in the place their tastes were formed. 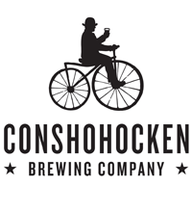 ​
Conshohocken was an industrial national hub in the late 1800s - A time of Bowler Hats, small local breweries and velocipede bicycles. We are carrying that same spirit forward through our hand crafted beers and our personal commitment to each and every beer we brew.

​Come visit us at www.conshohockenbrewing.com 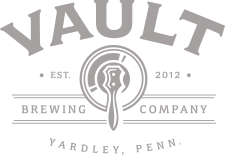 ​Vault Brewing Company is like no brewery or brewpub you’ve ever experienced. We are located in the quaint town of Yardley in Bucks County, Pennsylvania but provide an atmosphere more akin to the speakeasies of Philadelphia. We do not consider ourselves a bar, a pub, or even a traditional brewery. Our goal is to re-envision the concept of a brewpub and create an experience that is truly unique.

​Hardball Cider is a growing craft cidery with a particular interest in and love for the game of baseball.  Historically, the assortment of beers available at the ballpark depends upon the major beverage company who has the contract with the stadium.  We aim to be different by offering a full-flavored assortment of refreshing hard ciders that have just the right amount of flavor and fizz. Not to mention that we have cool names for our ciders like Fastball, Curveball, Slider, and Change-up.

Our distillery is nestled in the picturesque town of Seven Valleys, PA. Old Republic Distillery celebrates the art of making spirits, as flavorful and unique as York County itself, where the fertile grounds give life to some of the worlds finest agriculture, and the people and history are rich with pride and strength.  ORD is York County's 1st distillery since prohibition.  We produce superior quality, handcrafted, small batch distilled spirits, utilizing as much local agriculture as possible. 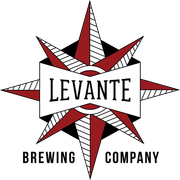 Levante Brewing started as many home brewing dreams start; the mission to create the perfect beer in a three gallon pot in the kitchen of a small apartment. Eric and Tim quickly realized that this is an excercise in futility, but along the way, their steadfast persistence and the quest to make a truly satisfying beer has resulted in countless hours of research and experimentation. While the small 5 gallon batches allowed for plenty of great experience, they yearned for more creative control.

The brewers decided it was time for a more professional three vessel system, giving them complete control over the brewing process. The 1/2 barrel system gave the brewers a solid platform to refine and perfect a lineup of beers for the most discerning pallet. This led to the creation of several great recipes, and a roster of clean crisp beers. The original hobby transformed into a passion for sharing world-class hand crafted beers with those who would appreciate them.

The future of Levante Brewing is bright, and our 15 bbl production brewery is currently under construction in West Chester, PA. We hope to be servicing local restaurants, pubs and distributors soon.  Levante aims to deliver a variety of creative brews to beer lovers in Philadelphia's western suburbs and beyond.

Our passion is great food, fine drinks, and good company. The idea of Boardroom Spirits was to share that passion with others. Coming from corporate backgrounds and having sampled our fair share of drinks we decided to pursue something new and different. With the support of our friends and family, we are able to bring the Boardroom Spirits journey to life. We’re a small team of co-founders that enjoy what we do and wear many hats doing it – recipe inventors, Chief Tasting Officers, fruit processors, tech gurus, janitors, and more. Read on to get to know us a little better and we hope to get to know you when you come to visit us.

​Transmitter Brewing was formed to bring a unique perspective on traditional beer styles to the local NYC beer scene.  Through the informed use and interactions of yeast and hops, we hope to add to the conversation about what is craft beer.  We invite you to enjoy an ever rotating stock of unique farmhouse style beers crafted with a passion for the process of brewing and for drinking good beer.

For Snitz Creek Brewery, It all began with a homebrew kit given as a Christmas present from Patrick’s mother-in-law. From the kitchen to the basement to a barn to our current location in the heart of downtown Lebanon, our mission has always been to create a place for a community of good, hardworking people to come together, celebrate and share their experiences, centered around great, handcrafted beer.

THE BREW GENTLEMEN BEER COMPANY is a small craft brewery and taproom located in the historic steel town of Braddock, PA.  After completing a successful Kickstarter, investing in some stainless steel brewing equipment, and renovating an old electrical supply store, we opened our doors to the public on May 21, 2014.  We believe in beer as a medium for flavors, stories, celebrations and things that go beyond what is in the glass.  Drawing inspiration from both the classical brewing and culinary worlds, we brew an ambitious variety of beers focused on the balanced and complex. We call upon other adventurous souls to join us as we venture into the frontier of craft beer and strive to push the limits of brewing.